The Irrepressible Matriarchs
of the North

A childhood dominated by old women

Hagitude is dedicated to ‘the feisty and irrepressible old matriarchs of the far north-east of England, who enlivened my younger years and taught me never to let the illegitimi get me down.’ And indeed, growing up in County Durham, my childhood was dominated by old women. For several years my mother was a single parent, after divorcing my father when I was three.

As well as her usual day job as a legal secretary, she worked some nights in the local bingo hall, and during that time I was looked after by my mother’s elderly aunt, Meg. I would spend much of the week sleeping over at Aunt Meg’s post-war council house, which happened to be just down the road from my school. 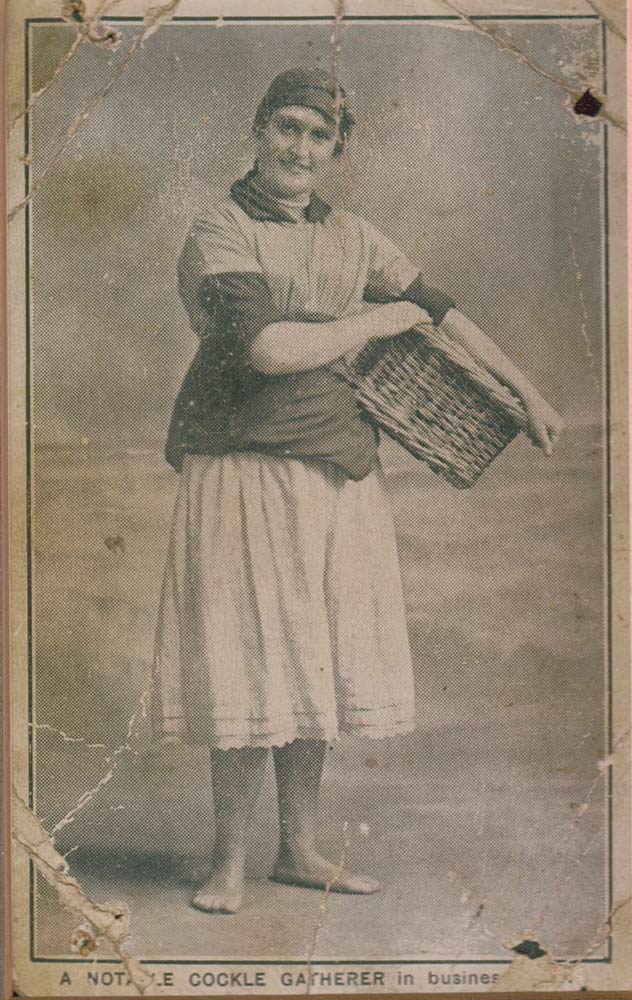 Aunt Meg was born at the turn of the century, and as a young woman she had cut a fine figure on the local sands. I have a framed, grainy black-and-white photograph of her from the Hartlepool Mail, which is captioned ‘A notable cockle gatherer in business’. She has a handkerchief tied around her head, is barefooted, and is holding a large basket. She looks strong. Her skirt is shucked up around her waist, and the white petticoat below is trimmed with broderie anglaise. Unusually, she is smiling. But in her sixties she was borderline obese and, crippled by ingrowing toenails which she refused to have treated, was barely able to walk. It didn’t help that she had grown agoraphobic with age, and hardly ever hobbled any further than the garden gate.

Aunt Meg might not have smiled much, and she wasn’t especially kind, but she could be funny when she cared to be; her pièce de résistance was singing ‘All I Want for Christmas is My Two Front Teeth’. Unfortunately, all Aunt Meg actually had were two front teeth, each of them clinging precariously to its gum; she would stick her finger in her mouth and wobble them around to make me laugh.

Aunt Meg, during the years I knew her, lived in a post-war council house with a coal store in the kitchen and an arctic outside toilet which she called ‘The Twilight Zone’. Most days, you’d find her standing by the window for a while, peering out from behind the curtains with a running commentary on all the neighbours. You wouldn’t call it kind. ‘He’s had that jacket since it was a top coat,’ she’d say about some poor middle-aged father of six from down the road. And his bleached-blonde daughter, pregnant and unmarried at eighteen: ‘There she goes, the dirty little who-er, carrying all before her. That’s what comes of being a barmaid, you mark my words. Aye, there’s many a slip ’twixt cup and lip.’ Seeing her at her station, the entire neighbourhood would hold its collective breath, and flinch.

For the first seven years of my life, I was raised by Aunt Meg as much as I was by my mother. School holidays were always spent at her house: summer days in the cabbage patch, lime green caterpillars crawling up my legs and an Enid Blyton book glued to the ends of my arms. The Adventures of Binkle and Flip; a Brer Rabbit story or two. Running errands for her to the betting shop: ‘Sixpence each way on Lester Piggott, and don’t you go telling your Mam.’ A quarter of best butter and a packet of 99 tea from the Co-op, and if she was feeling flush, a savoury pattie and chips for our tea – with a paper pot of mushy peas on the side. Evenings spent in front of her brand new television, transfixed by Coronation Street. I told her that she reminded me of Ena Sharples; she liked that very much.

The things that go unspoken

Aunt Meg wasn’t an easy woman, but then her life hadn’t exactly been easy, either. We always knew that she had been the oldest of thirteen children, but that most of them had died young, of one thing or another; only four of them made it through to adulthood. My great-grandmother died giving birth to the last of them: Hannah, my maternal grandmother. So it was Aunt Meg who had the responsibility of bringing them all up. She always said that her father – Jimmy Dunn, an Irish labourer transplanted from Co. Kilkenny – was a ‘waster’ – drank away most of what he earned, and never lifted a hand to help her with the children after her mother died. She only married when the last of them was old enough to go out to work, and then she was in her late twenties. Her husband-to-be swept her off her feet, married her, and then a few years later ran off with a showgirl, so she always said.

What we didn’t know until very much later, because she never spoke about it – you didn’t in those days – was that she’d had four children herself. And not one of them survived. Her first three were stillborn – one after the other. All boys. And then her fourth lived for two days; she called him Edward. One dead child for every year that she lived with her husband. And then nothing. She’d spent the best part of her teenage years and early twenties bringing up her brothers and sisters. Then two-thirds of them died, and all of her own children. So I suppose it’s not surprising, really, that she was always angry. The great matriarchs of the working-class North never had it easy. 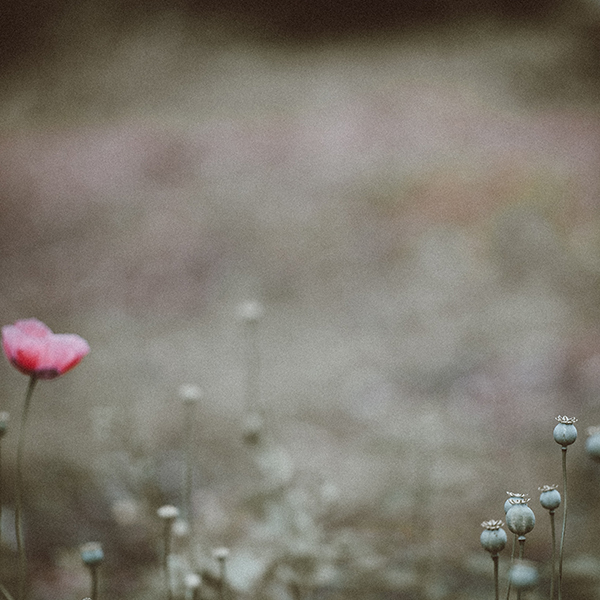 The great working-class matriarchs of the North never had it easy.

Holding the community together

Aunt Meg never mellowed in her extreme old age; my aunts would receive regular calls from the care home where she lived for the last few years of her life, threatening to turf her out if she didn’t moderate her foul language. Apparently, she was shocking the other residents – even the men. She lived to be ninety-two; ‘Only the good die young’ was another of her catchphrases. Well, Aunt Meg might not have been good, but she was always taken seriously.

These women might not have been physically strong or beautiful, and they certainly weren’t always admirable in character, but they had a strange strength and power of their own. I often find myself thinking about those days, and about the old women who dominated my childhood. I’ve never come across their like since. You didn’t mess with old women like Aunt Meg, and not just because they could be frightening, or unkind, but for much more important reasons: more often than not, it seemed, they were the ones who held their families together and, collectively, their entire communities. Each of them played a significant role in communities which, for all their deprivation, had then a real sense of belonging – to each other, and to the places where they lived. Their values perfectly reflected the north-eastern working-class ethic of the times, and they were its matriarchs, its tradition-bearers, its moral compasses. Hagitude personified. We could use a few of them today. 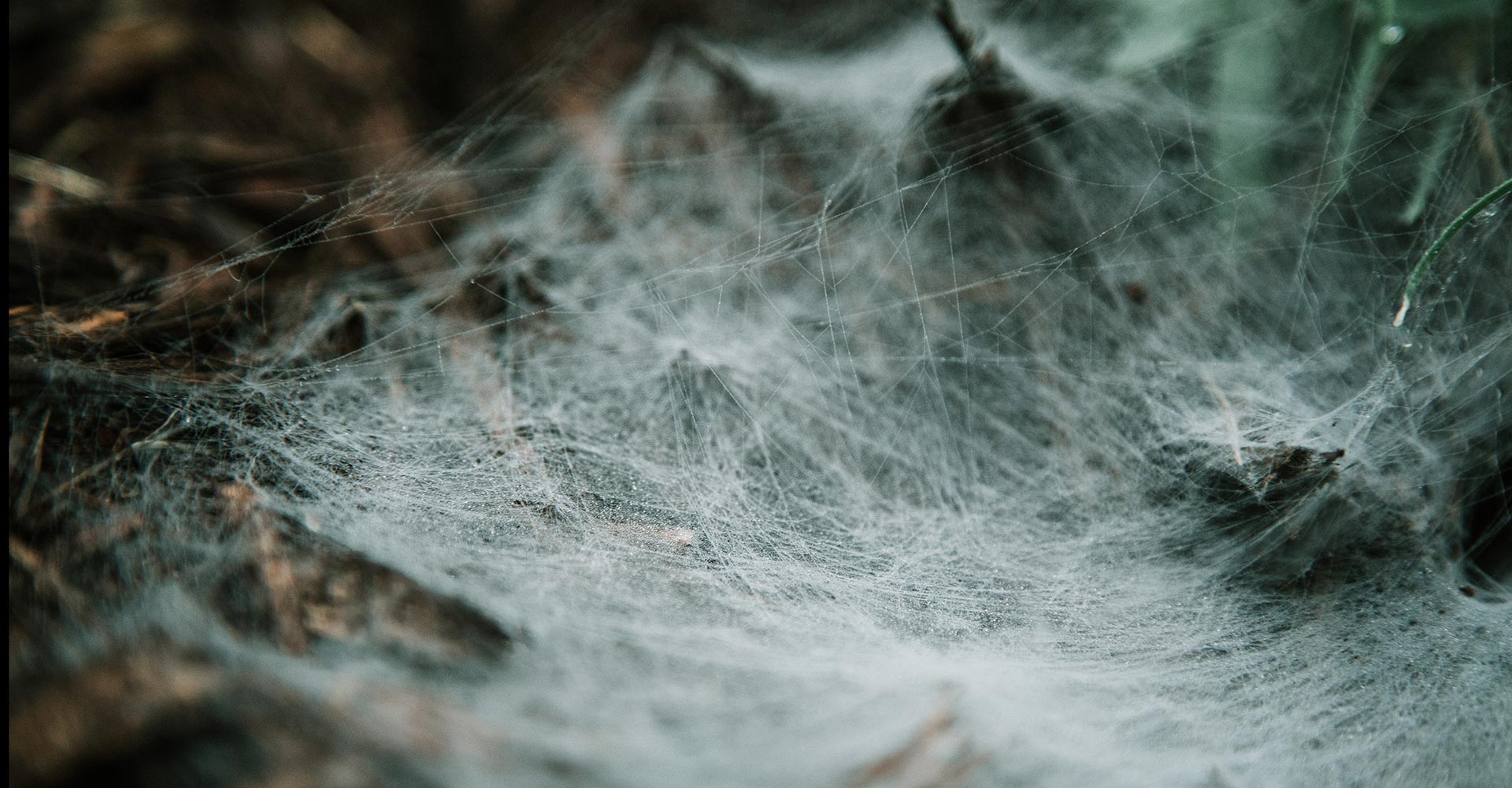 The post-heroic journey to a rich and meaningful elderhood offers us a very different kind of ‘call to adventure’. It’s a call to adventure that calls us to uncover our calling, and the unique gift that we each bring to the world at this time. 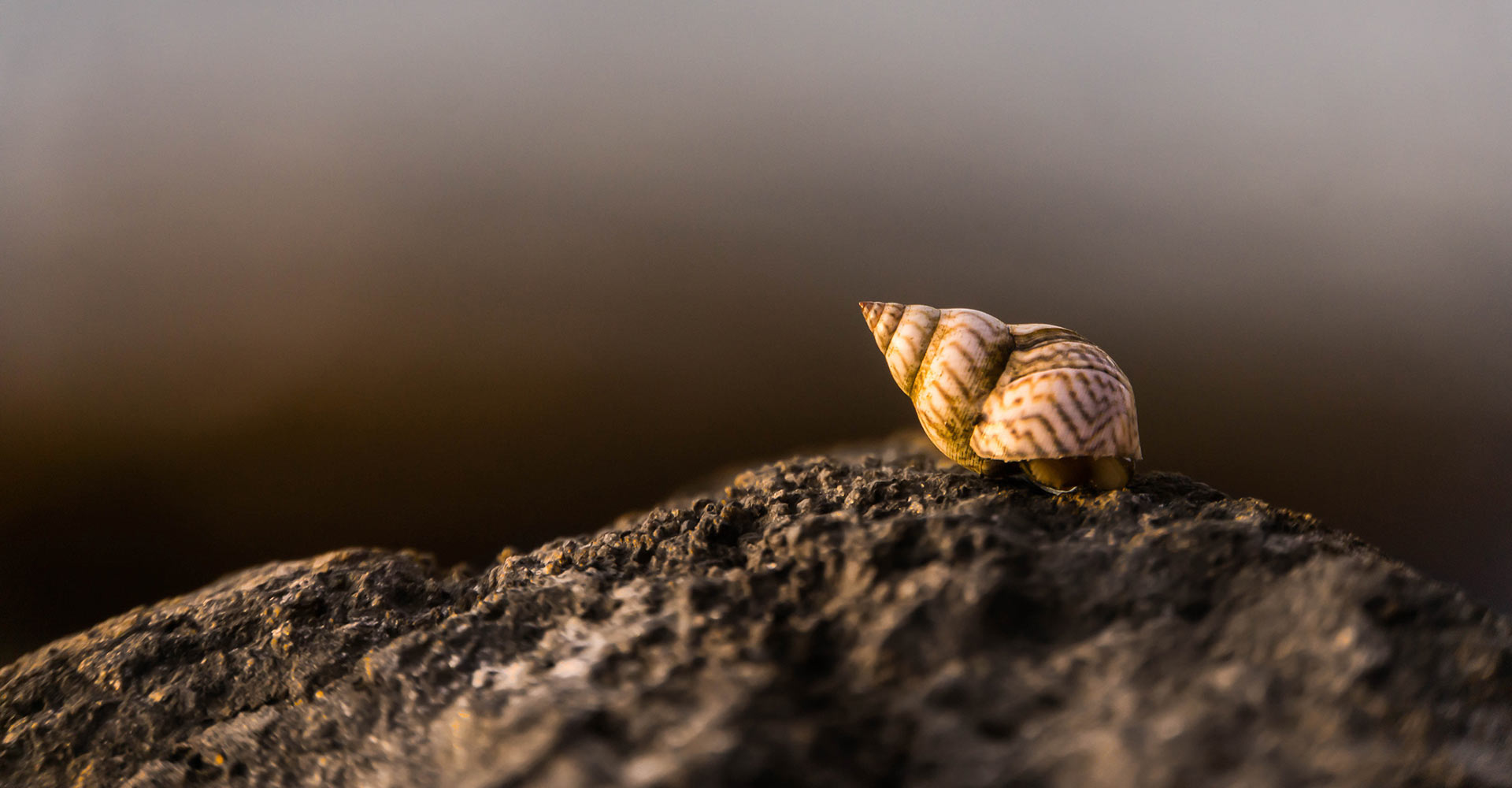 Individuation and the second half of life

Individuation, Carl Jung suggested, is the alchemical ‘Great Work’ of the second half of life, and it’s the process by which we grow into own most authentic self as we journey into elderhood. 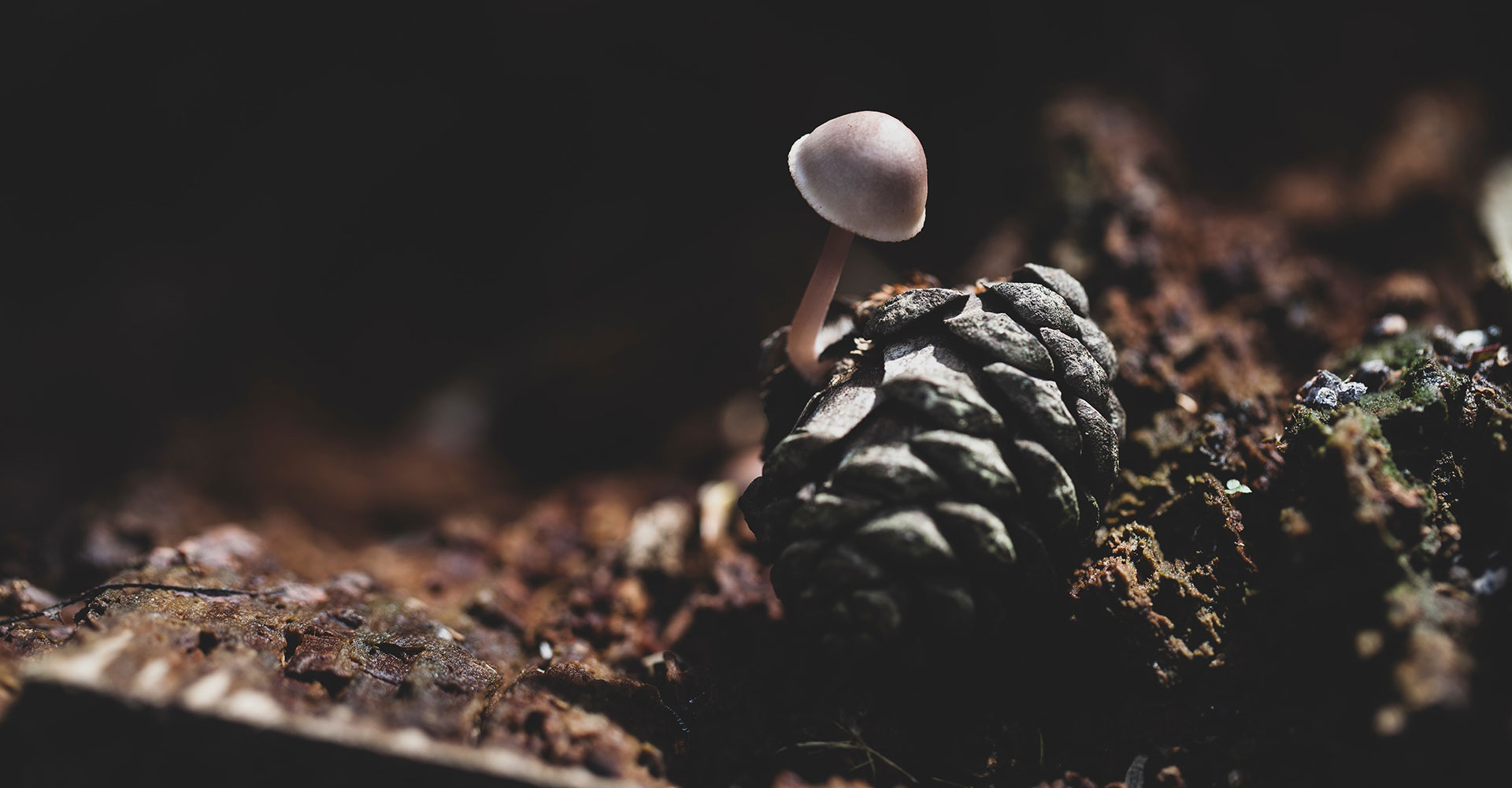 The Irrepressible Matriarchs of the North

Hagitude is dedicated to ‘the feisty and irrepressible old matriarchs of the far north-east of England, who enlivened my younger years and taught me never to let the illegitimi get me down.’ And indeed, growing up in County Durham, my childhood was dominated by old women.